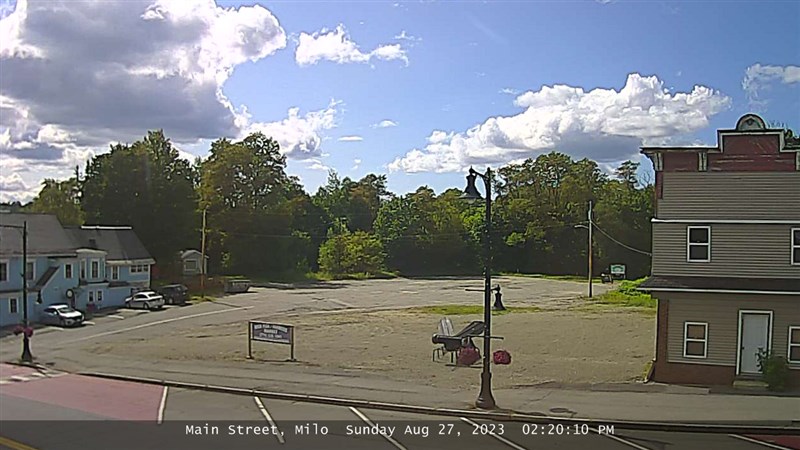 MILO — Come to the fair, the Milo Garden Club Summer Fair & Plant Sale Thursday, Aug. 5 from 11. a.m. to 1 p.m. at the Kiwanis Building outer Park Street. We have perennials, houseplants, produce, door prizes, a luncheon, raffle drawings and there’s more! A silent auction, baked goodies, scarves and jewelry, and new this year, a puzzles and games table. Time for fun!

It’s been 42 days since Casey Cross last saw her brother, 32-year-old Nick Cross, and she’s spent every one of them looking for him.

Nick Cross was officially reported missing June 15, after he jumped out of his sister’s car on Howland Road on the way to Lincoln and ran away, Casey Cross said. She said she was trying to get her brother to a hospital after a bad reaction to some sort of substance he had taken the previous day.

Nick Cross was then seen by a woman who found him lying in her yard. After she went in to call 911, he was gone, Casey Cross said.

Search efforts have been ongoing since that day and Nick Cross’ disappearance is still being actively investigated, but no foul play is suspected, according to the Penobscot County Sheriff’s Office.

But his family remains frustrated and anxious to find him — alive — but their hope is dwindling as time goes on.

“I came up from New Hampshire and we were looking for him day and night. We were riding on four-wheeler trails just hollering his name — it’s just like he vanished,” his mom Crystal Cross said.

Law enforcement organized several larger searches for Nick Cross, but lately, the search effort has been a family affair, Crystal Cross said Tuesday. Casey Cross went out and hired a search and rescue dog to pick up where the Maine Warden Service left off.

An effort, she said, that has been fruitful — tracking her son from where he was last definitively seen in LaGrange to the train tracks that connect LaGrange to Milo.

But money is running out and so have sources of information that are desperately needed to inform future searches, Casey Cross said.

“There are people that have seen him, or possibly gave him a ride that might be doing drugs that don’t want the cops out there because they’re afraid they’ll get in trouble,” she said. “They can call anonymously.”

While her brother had been living in Newport, New Hampshire, with family, he grew up in the LaGrange area and knows the woods quite well, Casey Cross said.

For Crystal Cross, the process has been excruciating, she said. Having had serious spinal surgery recently and living more than 300 miles away, she’s been largely sidelined, a feeling she hates, she said.

“It’s horrible, this horrible anxiety feeling thinking ‘What if my son is in the woods, hurt and we can’t find him and we couldn’t get anyone to help us?’” she said. “It’s just a horrible feeling and you just can’t describe it.”

Anyone with information regarding Cross’ disappearance should contact Detective John Trask at the Penobscot County Sheriff’s Office at 207-947-4585.

Photo courtesy of Crystal Cross
MISSING — An undated photo of Nick Cross, who has been missing for over a month.