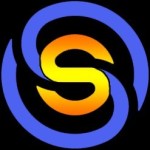 MILO – Penquis Valley High School jumped out to an early lead, 9-3 before being up 12-5 after the first quarter and as much as 22-7 in the opening half, on the way to a 52-24 victory over Piscataquis Community High School during a Class C North matchup between the regional rivals on Jan. 6.

The now 3-3 Patriots have won three in a row a third of the way into 2021-22, with the 24 points allowed on Jan. 6 matching the team’s season-best. In the prior game Penquis also yielded just 24 points in a 37-24 victory vs. Searsport District High School during a New Year’s Eve matinee.

PCHS fell to 1-5 with the loss to the Patriots.

In the opening quarter Penquis junior LJ Shaw picked up seven of his game-high 17 points to help his team build its 12-5 advantage after eight minutes. Shaw connected from beyond the 3-point line and had a layup and two more on an offensive rebound put back. Five more field goals over the rest of play would increase Shaw’s point total from seven to 17.

A 10-3 run in the second quarter put the home team up by 15, 22-7. Three shots from the floor by sophomore Max Wells accounted for six of these 10 Patriot points. Wells finished the night with 14 points.

He and Shaw combined for 31 of Penquis’ 52 points (nearly 60 percent). The Patriot starting five scored 48 of the 52 total points with senior Alvin Robshaw picking up nine, senior Mikal Sickler having six, and junior Nate Lovejoy added a layup for two.

PCHS senior Buddy Hutchins led his team with eight points. Hutchins had two points in each quarter, coming on a trio of shots from the floor and a pair of free throws in quarter No. 2. Senior Trevor Hathorn was next for the Pirates with five points, coming on a second quarter 3-pointer and a pair of foul shots.

The two teams are scheduled to play for a second time at 5 p.m. on Tuesday, Feb. 8 in Guilford.

Get your tickets for the 60th Annual Schoodic Lake Ice Fishing Derby at these locations! 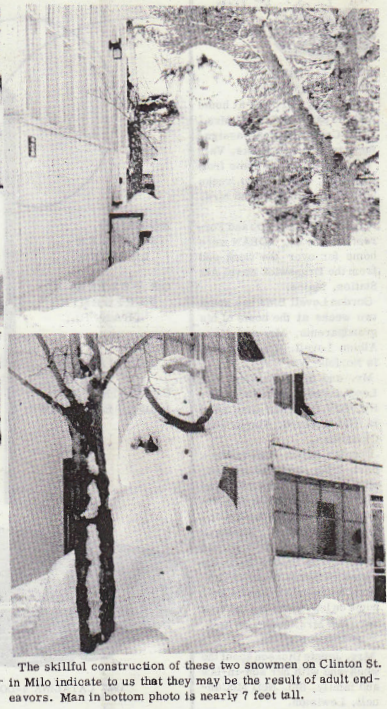 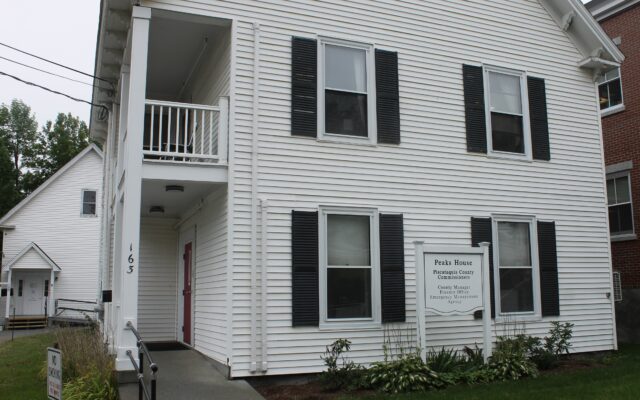 DOVER-FOXCROFT — The Piscataquis County Commissioners agreed in September to provide $7,000 to the town of Brownville for a slope study. County officials heard from the community’s Fire Chief Kevin Black regarding repairs needed to the walls under the rail trestle on Railroad Avenue in Brownville Junction.

“We were fortunate last year in our line of credit. We didn’t have to use a lot of it,” County Manager Michael Williams said during a Jan. 4 commissioners meeting. He explained with less funds needed to pay interest on the line of credit — which can go up to $1.75 million annually — remaining monies can be used to cover the county’s $7,000 slope study contribution.

In late September, Black said the walls are failing and the town would like to erect a temporary structure to keep the road passable and the raised sidewalks in place.

“If this falls on us, it’s going to stop us from getting into the Junction until it’s fixed,” Black said. He said Railroad Avenue is the only way in and out and about a third of the town population lives in this section of Brownville.

“We’re going to have to do something this winter to maintain that wall,” Black said. He said he has spoken with the railroad but has not gotten much of a response since the wall, road and sidewalks all are town property. The railroad trestle runs from 25 to 30 feet over the ground, well above the wall, and there are no structural issues with it or its support system.

He said a slope study would help determine the stability of the site, which would then be used for engineering work to determine a permanent solution.

“It’s going to be a huge cost to the town because it’s going to have to be fixed,” Black said, saying as many grant opportunities as possible will be pursued.

Lyford said three new dispatchers have been hired, each in a different degree of training, but all should be completely certified by the end of February. “We are up to fully staffed, so that’s a good thing,” he said.

The chief deputy said Dispatch Sgt. Gary Grant’s last day will be Jan. 10, as his family has moved to southern Maine and Grant will be taking a position with Lincoln County.

“Tell him we wish him the best,” Commissioners Chairperson Jim White said. “He certainly benefited the county tremendously,” mentioning Grant’s efforts to procure various grants over the years.

The community north of Greenville is scheduled to approve the plan, as well as funding for a generator, at a Jan. 6 selectperson’s meeting.

In a post-meeting email, Duggan said county EMA was invited to a November Beaver Cove select meeting. Duggan explained then what the agency does and what hazard mitigation is. The session was the first meeting for revising the Piscataquis County Hazard Mitigation Plan, which is due in 2023.

Duggan said Beaver Cove officials worked with Piscataquis County EMA to draft the community’s first emergency operations plan. She said the biggest concern is there is just one road into the community and one bridge, on the Lily Bay Road. Should the overpass be cut off then the town needs to have a plan.

The EMA director said Beaver Cove officials also want to have a warming/cooling center and a place to shelter residents if needed. Duggan said the agency will work with the town to get dry hydrants and to designate a LifeFlight landing zone.

Williams said he wanted the commissioners to be aware that he received a call from the director of Patten Ambulance Services, seeking an increase in what the county pays for coverage of a remote part of Piscataquis County.

Williams said Patten Ambulance Service covers T5 R9 and R10 and T6 R9 and R10 in the north end of Baxter State Park as well as T7 R9 and R10 north of the park boundary.

“Supposedly Patten has been doing ambulance service up there for 20 years with no compensation,” he said.

The county manager said he is waiting to hear back from the head ranger on how many emergency calls come from this portion of Baxter State Park. Williams said this is the first he has heard from Patten Ambulance Service in his two years on the job, and he could not find any records of communication from the last two decades.

“He’s requesting [$12,000] without telling me how many calls he’s getting,” Williams said. “What he wants for that area is more than we play for the rest of the county.”

Currently the county contracts with Three Rivers Ambulance of Milo, Northern Light CA Dean Hospital of Greenville, and with Millinocket Fire and Rescue for emergency services in the nearby Piscataquis County Unorganized Territories.