A Milo man with a history of domestic violence assault is charged with murder in connection with the death of his 1-month-old son on Sunday, according to the Maine attorney general’s office.

Reginald Melvin, 28, is charged with depraved indifference murder in the death of Sylus Melvin, who was born July 28.

The circumstances surrounding the baby’s death have not been made public.

Anderson impounded the affidavit at the request of Assistant Attorney General Leane Zainea, who is prosecuting the case.

Melvin, who wept throughout the short hearing, did not indicate whether he or his family could post such a high bail. Conditions include no contact with children.

An attorney has not yet been appointed to represent Melvin on the murder charge, the judge said. Melvin’s next court date has not been set.

Sylus is one of four Maine children allegedly killed by a parent since early June, prompting a fresh round of scrutiny for the state’s child welfare system and an outside investigation into the deaths. In addition, an 11-month-old in Corinna overdosed on fentanyl late in June but survived.

In Penobscot County, Ronald Harding, 36, of Brewer is charged with manslaughter in connection with the June death of his 6-week-old son.

The 3-year-old daughter of Hillary Goding, 28, of Old Town died a few days later after allegedly ingesting drugs that belonged to her mother. Goding is charged with manslaughter and depraved indifference murder.

In nearby Waldo County, Jessica Trefethen, 35, of Stockton Springs was charged in June with the depraved indifference murder of her 3-year-old son, Maddox Williams, after an autopsy showed he had suffered a fractured spine, bruises on his arms, legs, belly and head, bleeding in his brain, a ruptured bowel and other injuries.

If you are concerned about a child being neglected or abused, call Maine’s 24-hour hotline at 800-452-1999 or 711 to speak with a child protective specialist. Calls may be made anonymously. For more information, visit maine.gov/dhhs/ocfs/provider-resources/reporting-suspected-child-abuse-and-neglect.

Melvin is charged with depraved indifference murder for the death of one-month old Sylus Melvin.

Prosecutors say the incident that caused the infant’s death happened on Sunday in Milo.

Additional court records have been sealed.

Melvin’s next court appearance has not yet been scheduled. 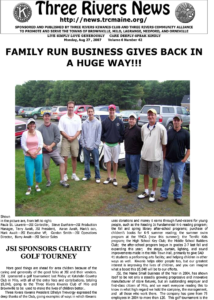